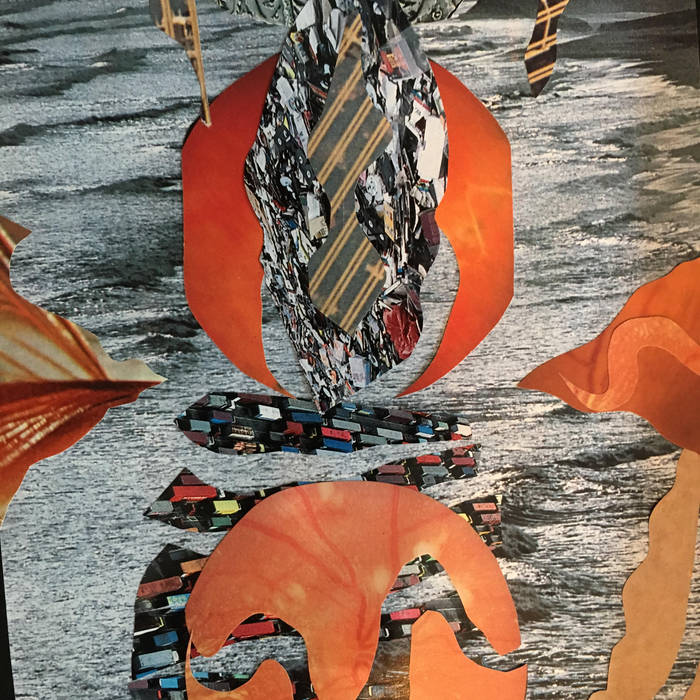 The 5th album by the Richmond Avant Improv Collective. A collaboration between RAIC and avant garde/outsider music purveyors Ceremonial Scissors. The title "Symbiosis" is indicative of both bands feeding off of each other and swallowing each others divergent, varying influences. We hope this release showcases the best of RAIC and Ceremonial Scissors. Chicago's Lurker Bias label is releasing this album in two volumes on cassette.
This album came about as I asked Ceremonial Scissors to record a track in the studio with us for an upcoming album. Well they did and then well, we just didn't stop playing. When we were done we had played all afternoon and recorded close to 95 minutes of music. This music has auspicious meanings for me. My mother had passed away the day before this session so there was obviously a lot of feelings involved and a lot of emotions I needed to get out. Some sad, some angry, some confused. There are some toys I play on a few tracks, a music box, a train engine. I had picked them up from my mom's house the day before and were toys I found in her closest from when I was a child. Music is a great therapy and I will always feel indebted to everyone that played on this album for creating something special on a day when I was at my lowest.
-Samuel Goff

Bandcamp Daily  your guide to the world of Bandcamp

Featured sounds by K.Spark and WIZDUMB, plus Basi joins the show to discuss his latest release.